Probably due to not being exposed to many types of dogs growing up, I’ve always been more partial to small dogs. As I’ve met more dogs and learned about different breeds, though, I’ve grown to love dogs of all sizes, and developed a soft spot for one particular breed – Pit Bulls.

Around Christmas I read a book that really changed how I felt about the breed – “The Lost Dogs: Michael Vick’s Dogs and Their Tale of Rescue and Redemption” about the dogs rescued from Vick’s dog fighting ring. Although I didn’t really believe the hype about Pit Bulls being a vicious breed to begin with, the book really exposed to me to how wrong the stereotype is. Some of the dogs were vicious because they were put into situations where they had to be, some didn’t want to be vicious at all, but a good majority of the dogs when given the right love and training were able to be normal, loving dogs not interested in attacking or fighting even after being exposed to cruelty and abuse.

Although there’s been a movement away from Breed Specific Legislation (BSL), many cities, (including one that I live in, Lakewood), still ban residents from owning Pit Bulls. Because of this ban and misinformation about the breed, Pit Bulls are the most commonly euthanized breed at shelters. And, according to numerous experts and studies, for really no good reason at all. In a study published in the Journal of American Veterinary Medical Association, they concluded that the majority of dog bite fatalities were caused by “coincident, preventable factors; breed was not one of these.” Here’s a great article to read if you’re looking for facts to inform your decisions on Pit Bulls: http://www.huffingtonpost.com/arin-greenwood/pit-bulls-time-magazine_b_5521281.html

I really believe that all dogs are unique. Although they may have some qualities based on their breed, how they react in situations and behave around people is much more a factor of training and environment than anything else. I hate to see a dog stereotyped, and even worse, in many cases killed, because someone has an uninformed opinion about them. For Cleveland to be a truly dog friendly city, we need to embrace breeds of all kinds and support responsible pet ownership.

Also check out the movie, The Champions, if you’re interested in the story of the dogs rescued from Michael Vick’s dog fighting ring: http://dogsinthecle.com/the-champions/

And if you still think BSL is a good idea, maybe these pics of local CLE Pit Bulls will change your mind. I know that I found these pics to be pretty scary…scary cute! 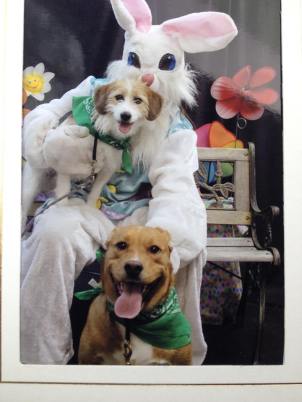 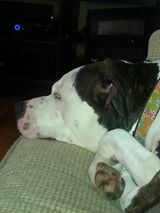 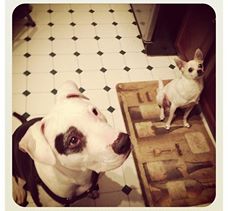 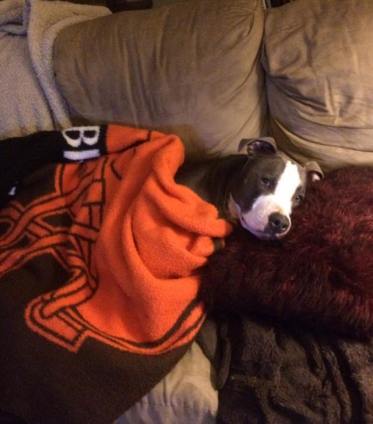